Description: Location technologies are core to delivering context-based services within your app. Discover how the latest features in the Core Location Framework lay the groundwork for advanced ranging capabilities and delivers more options for you to clearly communicate your location needs to your users, and allow them to provide more granular access authorization to your app.

New authorization flow for core location: If the user presses not allow, that’s it (as before).

If we request Always On authorization, locationManager.requestAlwaysAuthorization(), in iOS 13 the user gets this: 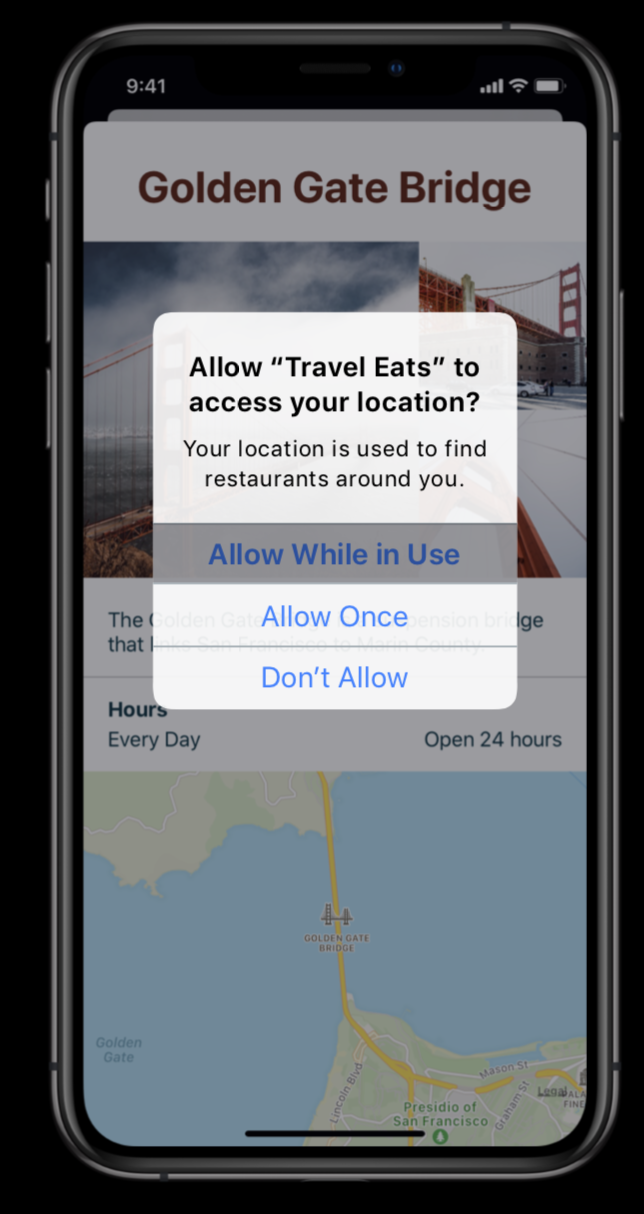 Therefore, regardless if we ask for when in use “only” or always, this is the pop up that the user will get.

At this point iOS will grant a provisional “Always On” authorization to our app, even when the user has tapped Allow While in Use.

At this point the app can act as if the real Always On authorization has been granted.

When something happens that would require the Always On authorization, then and only then iOS will request for that Always Allow authorization in the app behalf: 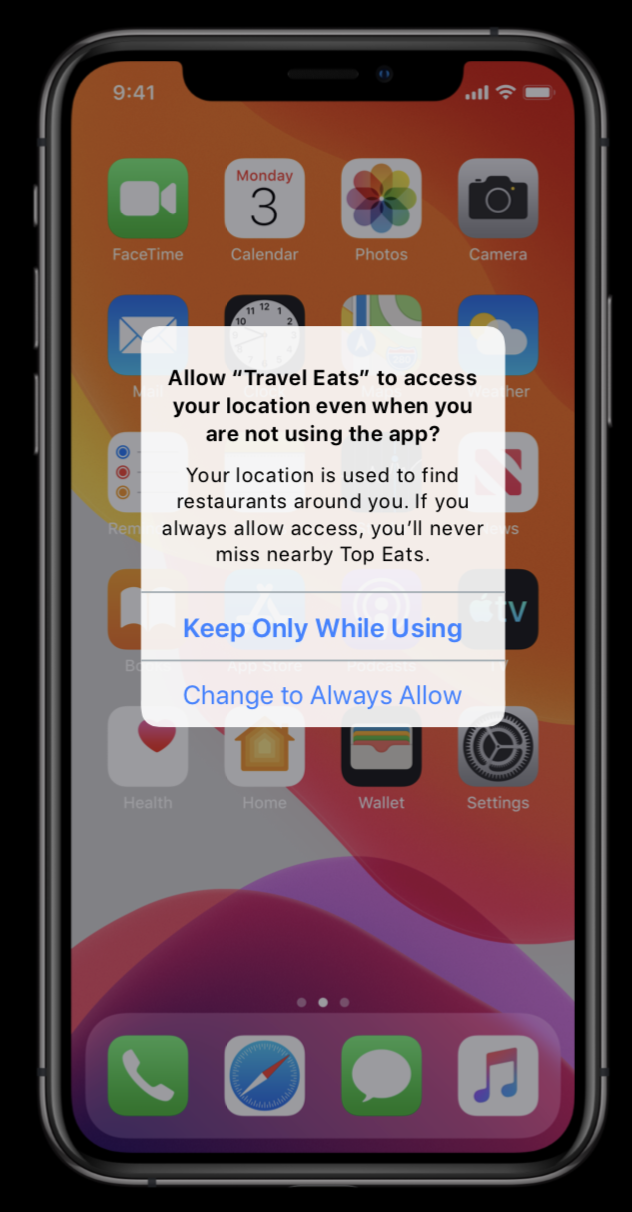 Then, and only then, both the app and the user will be on the same page.

All core location APIs are available as long as any authorization is granted.

From now on, the difference between “When In Use” and “Always” is that things can be started when the app is not in use if the “Allow Always” authorization has been granted.

When is the app in use?

Therefore, from iOS 13, even apps with only “When In Use” authorization can do background tracking.